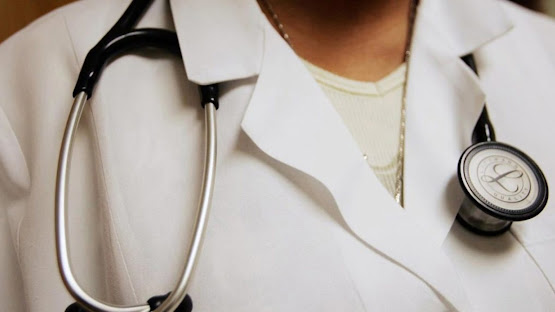 The presidential accent to the Mental Health Law by President Muhammadu Buhari on Friday has continued to generate positive responses from Nigerians.

In Osun, a physician, Dr Olakunle Omoteemi in a chat noted that the law was long overdue as it would afford individuals involved in that area the power to work unhindered.

He also said it would enlighten Nigerians on the dangers associated with lifestyles that may cause a breakdown in one’s mental health.

In his words, “Due to the negative perception attached to mental health issues in Nigeria, the society still sees any case related to it as that of lunacy.

“Because of this negative perception, individuals shy away from making known, discussing or approaching professionals to discuss or reveal their mental health status.

“People also often cannot go for counselling based on the prejudice from the society. There is also the issue of stigma attached to it as people are afraid to be called certain names.

“With this law, it is hoped that the prejudices and stigma attached to mental health issues will be laid to rest.”

The physician called states, especially Osun to domesticate the bill to being succour to many who are suffering from issues that have to do with their mental health.

He also called on individuals to check and declare their mental health as this will go a long way in forming relationships.

“Many of the so-called lunatics we encounter daily are not victims of spiritual attacks so to say. They are in that position as a result of lifestyle.

“Some are there because they abused substances in the past. Some are there as a result of relationship issues and so on. The ignorance on the part of the people is what we see on the streets daily.

“Instead of going for counselling and treatment, so many resorts to prayer houses and different types of treatment including flogging is meted out to these victims. Some are then released into society with the belief that such will make them heal fast.

“With this law, such victims of mental health breakdown would be confined to mental institutions and families with such will be compelled to release their people with mental health challenges for proper treatment and counselling.”

Hauwa Ojeifo, a human rights gender and disabilities activist disclosed that Nigeria’s last semblance of mental health legislation was the Lunacy Act of 1958, which is why activists like her have been advocating for human rights, respecting mental health laws and practices that protect the dignity and liberty of persons with psychosocial disabilities.

Meanwhile, Dr Ibrahim Oloriegbe, Senator representing Kwara Central in the Senate and originator of the Mental Health Bill on his Twitter handle said the bill was meant for the establishment and regulation of mental health and substance abuse services, protect persons with mental health needs.

He also revealed that the bill was necessitated by the enduring quest to make provisions for the enhancement and regulation of mental health and substance abuse services.

In his words, “The President of the Federal Republic of Nigeria, @MBuhari, has signed into law, a bill for an Act to provide for the establishment and regulation of mental health and substance abuse services, protect persons with mental health needs and establishment of National Commission for Mental and Substance Abuse Services, for the effective management of mental health in Nigeria, and other related matters.

”The bill which I sponsored, was necessitated by the enduring quest to make provision for the enhancement and regulation of mental health and substance abuse services and to cast aside the challenges that perpetuate the social stigma of the victims of mental illness.

” I explained that the proposal was intended to protect persons with mental health needs, and establish National Agency for Mental and Substance Abuse Services for effective management of mental health in Nigeria and other related matters, I further raised the absence of Mental Health Law in Nigeria other than the Regional Lunacy Law of 1918, which in context and content violated fundamental human rights of persons with mental health and psychosocial disabilities.”