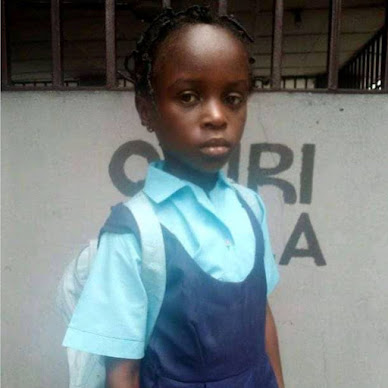 Indications have emerged that investigations may be stalled in the case of Precious Korshima, a 9-year-old house girl beaten to death in Enugu, if the deceased’s father, James Achikpi Korshima, fails to pay N100,000 demanded by the police for medical examination.

Recall that it was reported the arrest of an Enugu traditional ruler for burning the corpse of Precious.

Precious was allegedly murdered by one Mrs Ujunwa Ugwoke of Fidelity Estate, Enugu, who reportedly admitted that she beat her to death and later dumped her corpse along the Enugu-Port Harcourt Expressway. The villagers, in turn, burned the decomposing body.

However, a rights group, the Civil Rights Realisation and Advancement Network, CRRAN, has revealed that the sum of N100,000 was demanded to conduct a test on the bones, which the deceased’s father has no means to provide.

This was contained in a statement signed by the President of the group, Olu Omotayo Esq.

Recall that the rights group had petitioned the Commissioner of Police in Enugu State on behalf of Mr James Achikpi Korshima (Jerry B) from Vandeikya Local Government Area of Benue State, over the death of his 9-year-old daughter Precious Korshima who was beaten to death.

CRRAN appealed to the state government and well-meaning Nigerians to assist and ensure justice for the family of Precious.

The statement partly read: “We commend the state Commissioner of Police for ordering the immediate transfer of the case to the Homicide Section of the State Criminal and Investigation Department for a proper and thorough investigation.

“He consequently reported that his main problem is that he has no means to provide the N100,000 needed to conduct the test on the bones.

“The confirmation of whether the bones are that of a human being or not is vital to a successful investigation, and we submit that it is the duty of the Government to provide funds for this type of medical examination in a criminal trial.

“We, therefore, appeal to the state government and well-meaning Nigerians to assist and ensure justice for the family of the deceased.

“Though it is good as Police told Mr Korshima that they are ready to charge the matter to Court, but it will be untidy if the medical examination on the bones is not conducted so that Korshima could also have the remains for burial.”