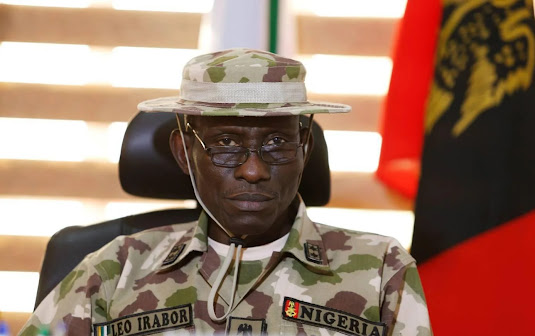 Chief of Defense Staff, General Lucky Irabor, on Sunday assured citizens that there’d be no more coups in Nigeria.

Irabor also said the armed forces would work with the police to provide security during the general elections.

The Defense chief gave the assurances to reporters at the National Arcade, Abuja, at the end of the 2023 Armed Forces Remembrance Day.

Irabor disclosed he’s been discussing with the Inspector-General of Police to work out modalities on election security.

“We’ve also made contingencies should we be required to give support to the police as the election is conducted”, the CDS added.

In his remark, IGP Usman Baba commiserated with families of deceased officers and men of the military, the police and other paramilitary agencies.

Baba advised Nigerians to ensure their sacrifices are not in vain as “we embark on drives that will continually promote peace and unity, peaceful coexistence”.