Oduah, Ekwunife, Uba top list of senators with most stagnated bills in 4 years 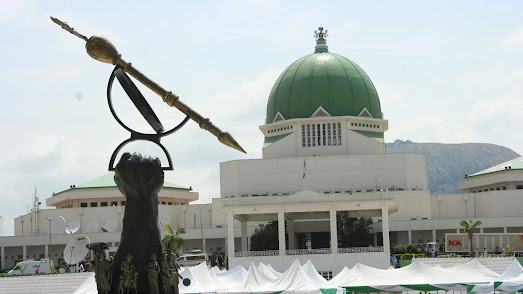 A performance appraisal of Nigeria’s 9th National Assembly, which was sponsored by the United States Agency for International Development (USAID), showed that senators from Anambra State topped list of lawmakers with the most stagnated bills since the inauguration of the 9th National Assembly on June 11, 2019.

Lawmakers as a matter of their legislative mandate sponsor private or executive bills and in a situation where the bill is popular, it could be co-sponsored with as many senators as are disposed to the bill.

The 9th Assembly’s lifespan will elapse on June 11, 2023 and a look at the ‘bills dumping index’ reveals a damning performance of all the Senators from the three Senatorial flanks of Anambra State in terms of bills they have sponsored, but which were abandoned midway.

As at the time of this special report, Senator Stella Oduah sponsored 39 bills out of which 29 scaled first reading; 5 scaled through second reading after the general principles were read, debated and were referred to the committees from where nothing has been heard about the said bills again. Also, 5 of the bills haven’t been mentioned at all.

Senator Uche Lilian Ekwunife, though a ranking senator with legislative experience, sponsored 29 bills while in the 9th National Assembly with 13 of those bills passed into law. 1 was assented and 10 of the bills dumped.

Senator Ifeanyi Uba, though a first timer, sponsored 20 bills in barely four years of his sojourn in the 9th National Assembly. 14 passed first reading with none passed into law, while 3 have moved into the relevant Committees and 3 of the bills are at an unknown stage.

This is however, with exception of bills they have co-sponsored with other Senators and their participation in legislative resolutions and motions.

They are all 10 in numbers with a high number of bills dumping index with senators from other states. Senator Sadiq Suleiman Umar from Kwara North Senatorial district. He has 25 sponsored bills to his credit, with none passed into law. While 11 of those bills passed through first reading, 11 are at the committee stage.

Former Governor of Abia State and Chief Whip of the Senate, Orji Uzor Kalu sponsored 25 bills, out of which 11 scaled first reading with none passed into law in barely four years. Three of the bills have moved to Committee stage while 11 couldn’t be traced or their whereabouts known.

Senator Jibrin Barau representing Kano North Senatorial district and Chairman of Senate Committee on Appropriation who is a second timer to the Senate sponsored 21 bills in the last four years, but 11 of those bills passed through first reading and nothing was heard anymore. Seven of the bills have moved to the Committee stage and 3 cannot be accounted for.

Senator Gyang Istifanus Dung representing Plateau North Senatorial District has registered his name among low performers in terms of bills sponsorship as he has a total of 18 bills, out which none was passed into law, while 11 scaled first reading with 3 others unaccounted for.

Senator Gershom Henry Bassey representing Cross River South Senatorial District sponsored 22 bills in the 9th Senate, but only 10 scaled first reading with zero bills passed, two are the committee stage, while 8 could not be accounted for.

For Rochas Anayo Okorocha, a former governor of Imo State and Senator representing Imo West Senatorial District sponsored 15 bills, 9 of which scaled first reading, none passed, while 2 are the committee stage with 4 unaccounted for.

Senator representing Lagos East, Mukhail Abiru, though a first timer on the platform of the All Progressives Congress, APC, sponsored 15 bills, 6 passed through first reading, none passed into law, 3 are at the Committee stage while 6 are nowhere to be found.

Speaking on Thursday, a former Senator in the 8th National Assembly who emphasised the respect he has for his colleagues and pleaded that his name be concealed, cited the lack of commitment by some lawmakers who are either in the lower or upper legislative chamber.

According to him, to sponsor a bill is tasking particularly in the area of research which he said must be aggregated with the needs of the people.

He said: “The bill’s sponsorship starts with a research based on the needs of the people which is not just your Senatorial district, but the entire 109 Senatorial districts. Anything short of that, other lawmakers will oppose the bill during the debate on the general principles.

“Secondly, some senators have encumbrances occasioned by legal issues that distort their commitment to legislative activities. A great number of senators often have to go to court to defend lawsuits. This in my opinion affects their dossier of performance.

“One cannot assess a lawmaker based on the bills sponsored because there are numerous legislative activities like influencing and citing of constituency projects, contribution to debates in the chambers and at committee sittings”, he said.

Meanwhile, the tradition of the lower and upper legislative chambers demands that bills not passed into law within a session would elapse with it and the fears are that all the pending bills may not see the light of the day before the expiration of the 9th National Assembly.