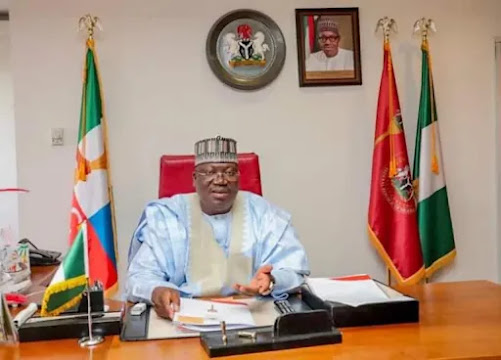 As the federal government deepens its commitment to diversifying the nation’s economy, the President of the Senate, Ahmad Ibrahim Lawan has made a strong case for the need to boost Gum Arabic cultivation and production in Yobe State.

Lawan, who stated this recently in Damaturu at a state banquet organized by the Yobe State government in honour of President Buhari, added that Gum Arabic is a cash crop that once supported the economy of the people.

“It is no more giving that support,” he said, stressing that “if there is one way that we can diversify our economy, Gum Arabic should be given a special position in our administration.”

Continuing, he argued: ” I want to say that [in] this belt, from Borno to Sokoto, if we work on the Gum Arabic industry, we are going to earn foreign exchange for Nigeria.

“We spent billions of naira, hundreds of millions of dollars, to import Gum Arabic from other countries. We can do a lot more if we can get the support of federal government.”

According to him, already there is a Gum Arabic sub-station in Kajuwa, Yobe State, but under the Leather Research Institute in Benin, Edo State.

He said: “My belief is that Gum Arabic has that important economic value that deserves its separate research institute because it can transform our country.”

He then made a direct appeal to the President: “On behalf of all our people and on behalf of other states, Mr President, I want to urge that before you leave on 29th of May, 2023, let us see how we can make the sub-station in Kajuwa to be the headquarters of the new Gum Arabic Research Institute.”

The Senate President expressed optimism that, the research institute, if it comes into being, aside from supporting the economy of the country, will as well serve as a major pillar of environmental protection.